Various studies have shown that members of the LGBT community are particularly vulnerable to employment discrimination and harassment due to their sexual orientation or gender identity. According to the William Institute, 46% of LGBTQ workers reported having experienced unfair treatment at some point in their careers due to their status in the LGBTQ community.

One’s sexual orientation or gender identity doesn’t have any bearing whatsoever on their ability to perform their work duties well. Fortunately, the state of California is on the frontline when it comes to ensuring equal rights for LGBT workers. It has enacted laws that expound further on federal laws that protect LGBT employees against discrimination and harassment.

If you believe that you’ve been the victim of LGBT discrimination, you need to reach out to an Encino LGBT Discrimination Lawyer from Fraigun Law right away. We will assess your case, advise you about your legal options, and guide you on the best course of action. Call our offices today at 818-981-1800 to schedule your free consultation with a top employment law attorney.

The state of California takes LGBT rights very seriously. Harassment or discriminatory behavior towards individuals based on their sexual orientation or gender identity is against the law in the state. California state law offers protections to workers in the LGBT community through the Fair Employment and Housing Act (FEHA).

FEHA prohibits any acts of discrimination based on sexual orientation or gender identity in all stages of the employment process including;

The state of California defines harassment as any unwelcome behavior that is humiliating, offensive, or distressing, and impacts an employee’s ability to do their job as normal, their emotional tranquility in the workplace, or their personal sense of well-being.

While Most Employees in California are Covered under FEHA laws, There Are a Few Exceptions:

For a business to be subject to FEHA sexual orientation discrimination laws, they need to employ 5 or more employees. However, a company can be held liable for harassment based on sexual orientation as long as they employ at least one employee.
Certain employees of religious entities (e.g. churches and mosques) are not protected by FEHA laws.

LGBT workers have certain protections under federal law, though not as strong as those offered by the state of California. These protections are contained in Title VII of the Civil Rights Act.

Title VII applies to businesses that employ 15 or more employees.

The Equal Employment Opportunity Commission (EEOC) is the federal agency that is tasked with enforcing Title VII of the Civil Rights Act.

If you want to file a sexual orientation discrimination lawsuit based on Title VII, you need to file an administrative claim with the EEOC.

Examples of LGBT Discrimination in the Workplace

According to the Williams Institute, 46% of LGBTQ workers reported having experienced unfair treatment at some point in their careers due to their status in the LGBTQ community.

Here are some common examples of business practices that violate LGBT discrimination law in California: 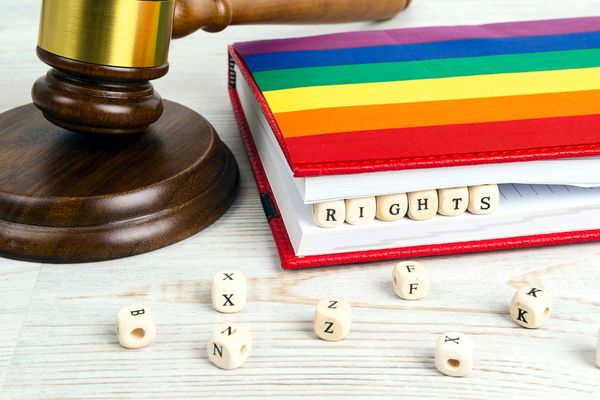 What Kind of Compensation Can I Recover in a California LGBT Discrimination Case?

In a successful sexual orientation lawsuit, you can recover the following damages:

Besides awarding the above damages, the court may also make other rulings in your favor including:

Knowing what to do in the face of sexual orientation discrimination will help to protect your rights and wellbeing. Here is what you need to do:

Try to Resolve the Issue Internally

It is recommended that you first try to resolve the matter with your supervisor, manager, or human resources office.

If you are unsure about what you are doing and what the repercussions may be, it is critical that you get an attorney involved as soon as possible. They will guide you on what to do.

However, given the ambiguity of federal laws on LGBT rights, most employees choose to file a complaint with the California Department of Fair Employment and Housing (DFEH).

They will conduct an independent investigation, and if they find proof of sexual orientation discrimination or harassment, they will hold an administrative hearing for damages. They may also choose to file a lawsuit on your behalf, but if they can’t, they will give you a Right to Sue notice allowing you to directly file a lawsuit against the employer.

Get in Touch With a Skilled Encino LGBT Discrimination Lawyer Today!

No one deserves to lose their job, be harassed, or be treated unfairly just because of who they choose to love or the gender they feel most comfortable associating with. This is why the state of California has taken extra steps to protect the rights of LGBT workers.

If you believe you’ve been the victim of LGBT discrimination, you need to take quick action to protect your rights, career, and well-being. An experienced Encino LGBT discrimination lawyer at Fraigun Law Group will be able to assess your case and advise you on the best course of action. Get in touch with us today at 818-981-1800 to schedule a free consultation. 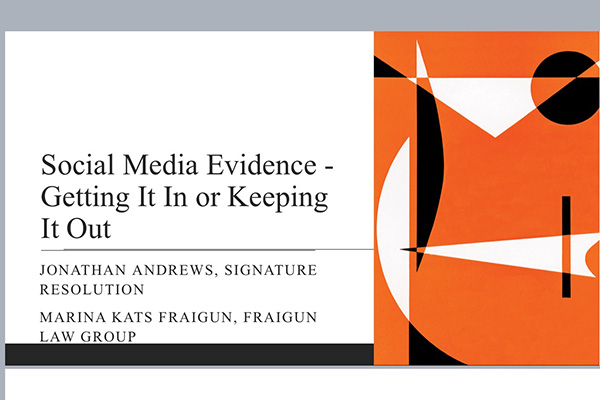 Social Media Evidence – Getting It In or Keeping It Out

Marina Kats Fraigun of the Fraigun Law Group will be at a speaking event September 10, 2022 on Social Media Evidence – Getting It In 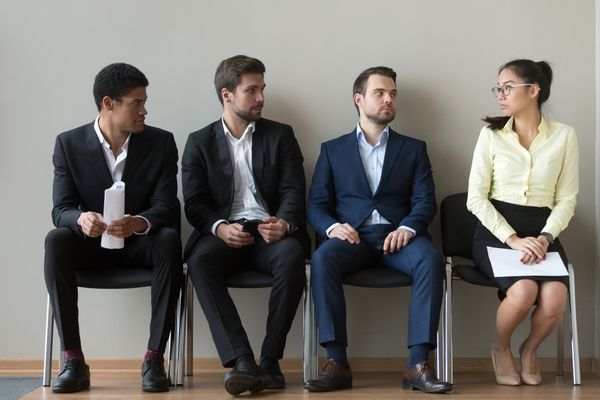